SP spent three days home sick last week.  It was one of those snotty colds where you feel horrible in the morning, then progressively get better as the day goes on.  Well, by Friday, we were both chomping at the bit…he had his little corner and his routine down pat.  Then he decided that he had too much energy built up and no matter how many times I said “Not in the house…”, he couldn’t help himself. 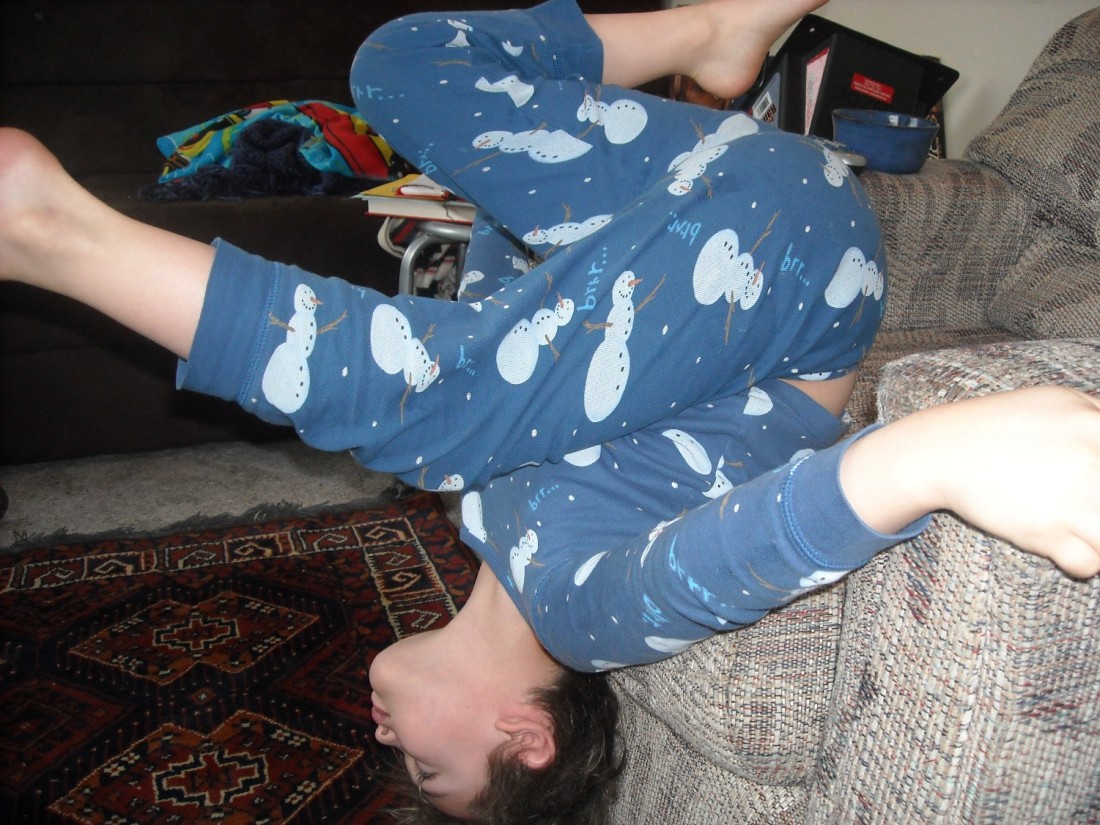 His mom made it home on Saturday, and wouldn’t you know it?  This morning we had a blizzard and they called off school.  So…..