What would happen to the three kids if I just brought them home?  Existing, as we were, hand to mouth, suffering the inadequacies of daycare, no extra money for fun, seemed to be no living at all.  At home in Unalaska, they would have their grandparents and at least one aunt.  I would still be working, yes, but not far away.  No city streets, or buses, or strangers watching over them.  We would have fish and berries and live with our culture.  My culture, the culture of the Unangan/Unangas, was something so important to me; I intended to incorporate it into their lives.  They could be unique, as only island children can be, growing up with the freedom to roam and explore on their own.  They would go to a small rural school with more attention spent on each child in the classroom.  Would there be enough to offer them in a rural school?  Art?  Music?  Advanced courses?  Would they receive an adequate education?  A million questions and more turmoil than I need as a working mother raising three children alone.  Just do it. 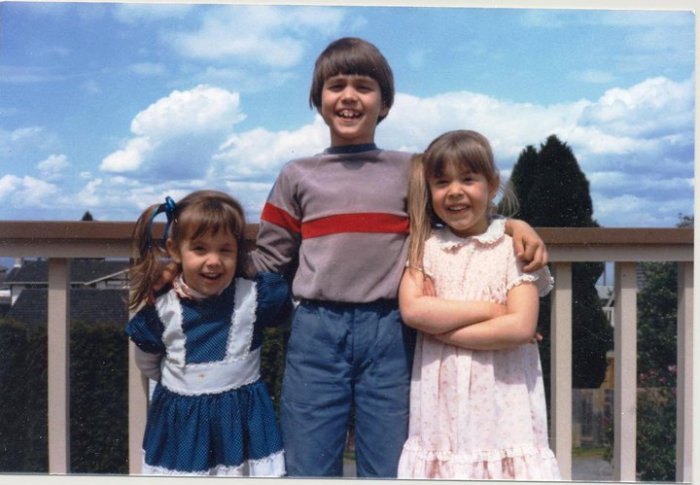 I always knew I would go back home to Unalaska.  It was always in the back of my mind as I went to school, worked, and began to raise a family.  After all, I had only been gone twenty years!   There is just something about Unalaska.  I ached to be back near the water and the tundra.  I didn’t specifically know that then, but I know it now.  I can’t live without the wind and the smell of the Bering Sea, the steep cliffs and the cushioned tundra.  The absence of trees is not foreign to me; it makes me feel free.  I wondered if my kids could ever accept it like I did, or would they always yearn for the city, malls, and evergreen trees?

Acquiring a job long-distance was no easy feat.  Telephone interviews can be intimidating and sometimes hilarious.  For one of the two jobs I applied for, I had to undergo two telephone interviews by a nine-member board of directors.  Wanting everything to go just right, I arranged to take the call down in the basement recreation room, while the kids played upstairs.  I don’t know about yours, but my kids always seem to have the worst manners when I am on the phone.  Maybe it is because they don’t have my full attention.  Maybe it is just because they can get away with it.  At any rate, I was going to have peace and quiet and give my full attention to the interview.

Things were going extremely well twenty minutes into the interview.  None of the questions they had asked had stumped me and I hadn’t faltered a bit.  The room was very large and was not used during the summer when the kids spent most of the daylight hours either in daycare or outside playing.  It was October, and we really hadn’t been down there for about 6 months, during all the good weather.  I hadn’t realized how dusty it was.  Needless to say, the dust finally got to me and I had a record breaking sneezing attack right on the phone with nine people.  Unbelievably, even after that, I was offered the job.  I ended up taking the other job that I applied for, but I was heartened to know that it was possible.

Three weeks to give notice at work, pack a house, have a garage sale and prepare the kids for changing schools and saying goodbye to their dad.  How much could I afford to ship up to an island in the Aleutians?  Washer, dryer, futon doubling as my bed; clothes, toys, dishes, pots and pans, bunk bed for the girls, lamps and memorabilia.  My parents sent us one-way tickets.  Rented us a house right next to theirs – the house I grew up in, actually.  For the kids it was all about the excitement of their first time on an airplane.  For me, it was worrying about how long the trip took when I left twenty years ago.  From morning light, clear into the darkness of night just to get to Anchorage on a DC-3.   Would it take that long again?  Leaving Seattle at 7:00 A.M., dosing the kids up with Dramamine in Anchorage in case of turbulence, screaming in on a jet to a gravel runway 3900 feet long and miraculously touching down in Unalaska at noon.  November.  Slushy snow on the ramp, or I would have fallen to the ground and kissed it.  Mom, Dad and my sister Wendy are waving from the terminal window.  They have a terminal now?  Gravel roads, potted from the moisture, leading through a conglomeration of World War II warehouses and crab pots.  We were crossing over from Amaknak Island to Unalaska Island on a bridge.  When was this built?

Sitting at lunch at my parent’s house with a big picture window looking out on the bay.  An otter is diving under the surface and bringing back crabs and sea urchins to eat leisurely on his chest.  Seal lions are cruising one hundred yards offshore.  We’re eating smoked salmon spread on pilot bread crackers and drinking tea.

How many times over the years did I hear from my middle child the question, “Why did you bring us here?  There is nothing to do!”  She left in August of 1997 to attend college in Durango, Colorado.  In May, for Mother’s Day, I received a book and a card from her.  The book was on healing anxiety with herbs and inside the card she wrote, “I had a guy tell me today that I was well grounded – I told him it was because the people who raised me were well grounded.  He asked if it was my parents.  I said yes, it was my mom and my grandparents – but it was also the community.  Thanks for moving us to Unalaska.  I love you.” 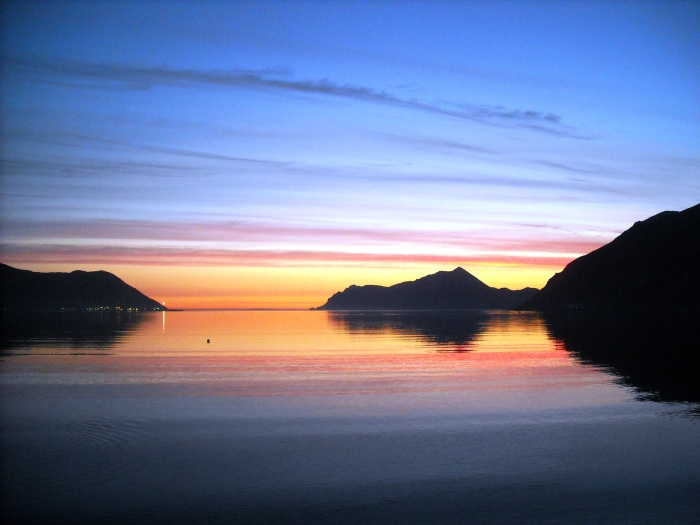 She is now raising her son in Unalaska.   I guess that says it all.

One thought on “Bringing them home.”