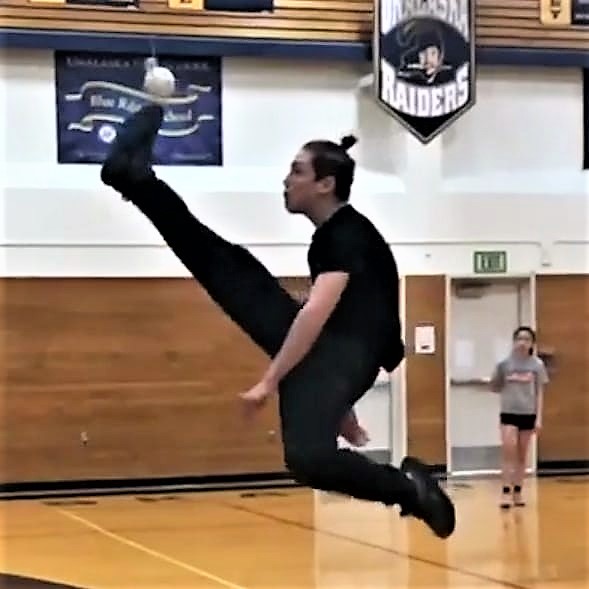 If, by chance you ever visit Alaska in April, and you are in Anchorage, take the time to attend the statewide Native Youth Olympics competition.  It will be a sporting event unlike any you have ever attended and one that you will never forget.

This is a sport that inspires an entire arena to quiet in hushed suspense and awe as they watch an athlete attempt what may seem to be an impossible task.  Records are consistently broken by these super athletes who really do the impossible from hopping across a hardwood floor on their knuckles, and then back again, hanging by only their wrist from a pole suspended between two running stick holders, kicking a ball suspended at least eight feet in the air with one foot and then landing only on that same foot.  These feats are only a few of the games that Alaska’s youth play that are based on games played for millennia by indigenous hunters and gatherers as a way to hone their hunting and survival skills and at the same time increasing their strength, endurance, agility, and most importantly, the cohesion of mind and body.

The camradery and sportsmanship are unlike anything you may have witnessed.  The goal is for each athlete to best themselves, so rival athletes will cheer for their competitors and coaches will coach any and all athletes.  These are games of friendship and growth.  Make sure you see the phenomenon that is Alaska’s youth.