My friend Zoya, who is a crazed walker and runner, called just as I was getting ready to take my husband some lunch at work.  The wind was muffling her voice so I knew she was outside.  She says “I am out at Priest Rock (I know she means Little Priest Rock) and there are so many seals sitting on the rocks, about 12 of them.  I’ve never seen so many together and they are so big.”  I verify that they are seals and not sea lions.  “Oh no, they are seals and they are so fat.  You should come take some pictures.”  (And you have to read this with an Armenian accent, by the way.)

By the time I got out there after going all the way over to airport to drop off lunch, they had decreased in numbers to about 9.  But they were so roly poly fat.  And all different colors.  Just basking away the afternoon in the winter sun;  sharing space with Emperor geese who were grazing in the near shore waters. 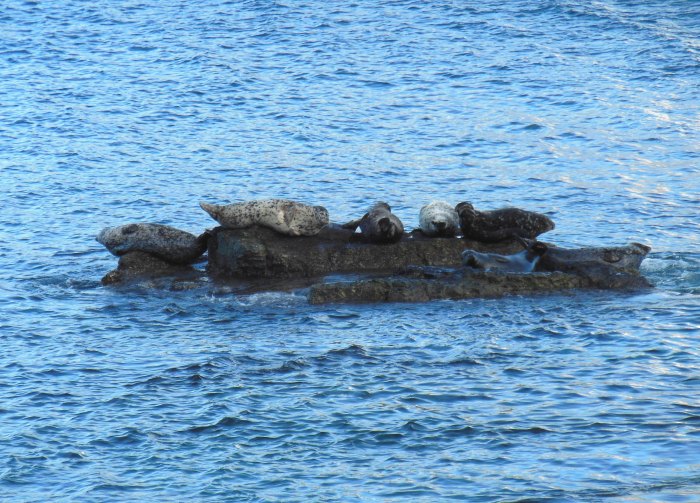 There is nothing better than being able to drive out Summer Bay road in January.  Typically we are unable to drive it past November due to snow and avalanches. 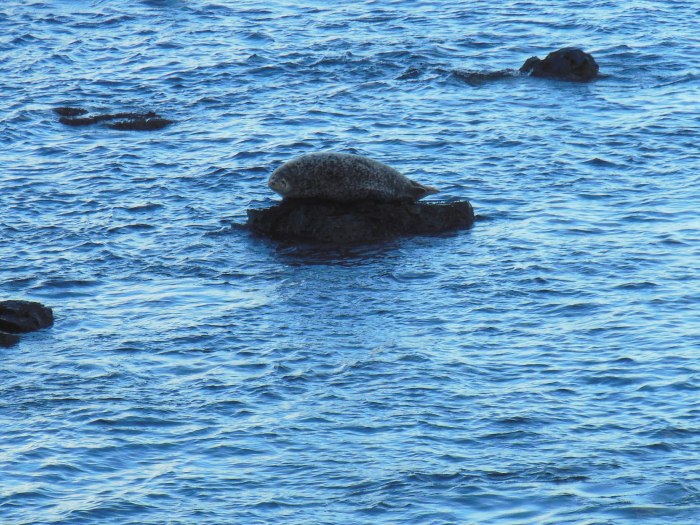 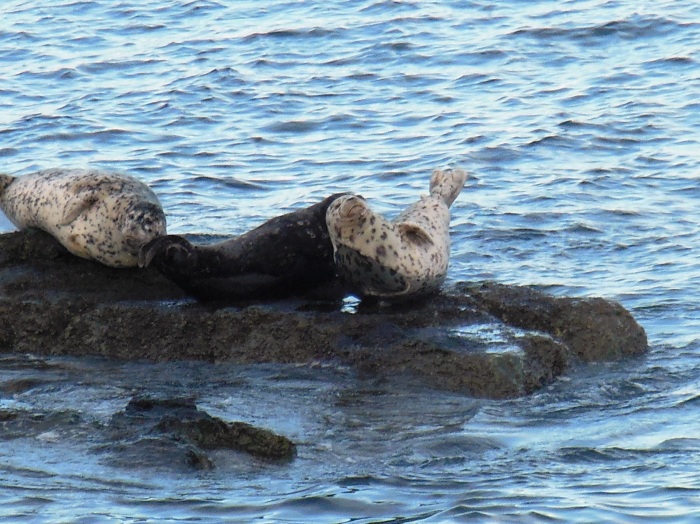 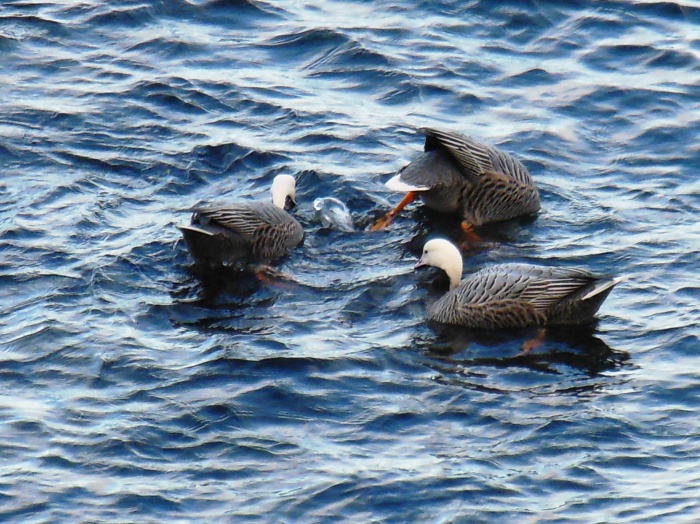